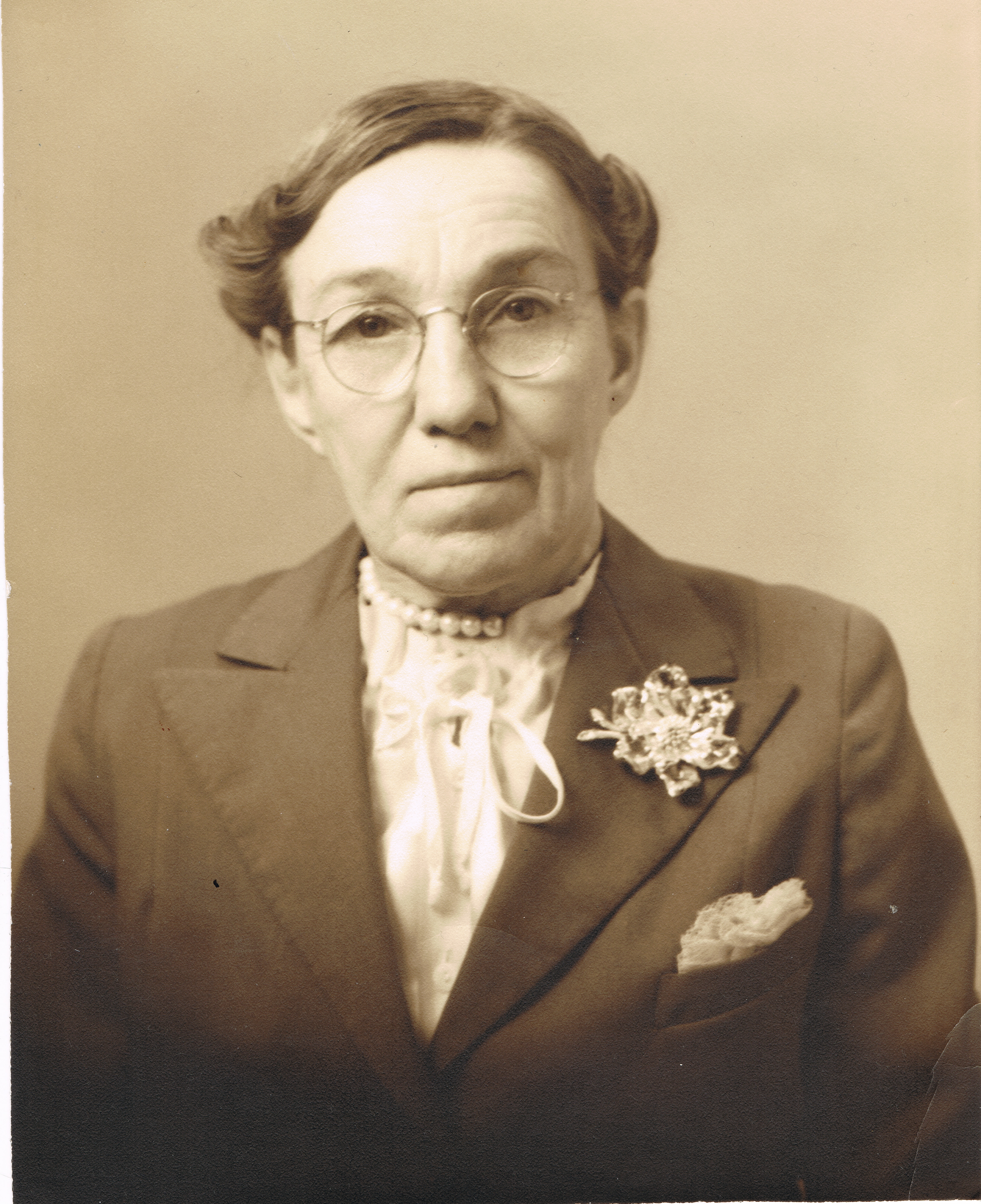 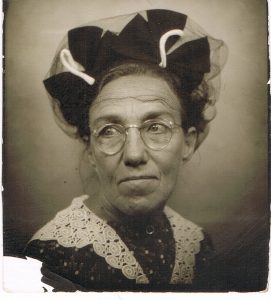 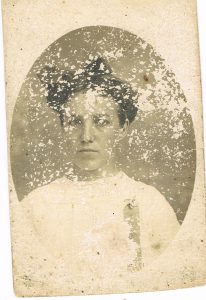 Here is my (step) paternal grandmother, Minnie (nee Shawn) Sanders, born December 16, 1889 in Litchfield, Montgomery, Illinois,  and died November 12, 1984 in St Louis, Missouri.  Her son Edward Monroe Sanders was my step-father.  I have been collecting pictures of her and have found some pics of her as a younger woman, like here at left.  Right is a really old pic of her thought to be her wedding photo possibly.

I have always known her to be old and came across these photos courtesy of my cousin Vernadean Stevens of New Bern, North Carolina.  Deanie sent me a number of photos of the family and I scanned them and you can find them on my facebook profile…

Grandma Sanders was a refuge for me when my step-dad treated me badly, I would go and stay with her.  She never let him hit me when she was around and so I felt peace and safety at my Grandparent’s place.  I learned about the Bible and other things there, and she took me to her church service.  Years later I joined that church as a teenager.

Minnie Sanders was the mother of 7 children, was married on August 16, 1912 in Dunklin, Malden County Missouri, USA.  Her first daughter, my aunt Philena, was born in 1913.  Aunts Jessie and Nellie were born next, then Uncle Jim Sanders, my Step-Dad Edward Monroe Sanders, then was born Uncles Albert and Arthur (Lee) Sanders.  She had 7 children, three girls then four boys.  She had other children that didn’t survive infancy as well, in the 1920’s.  Here is a picture of the family together at my Grandfather’s funeral in 1982: 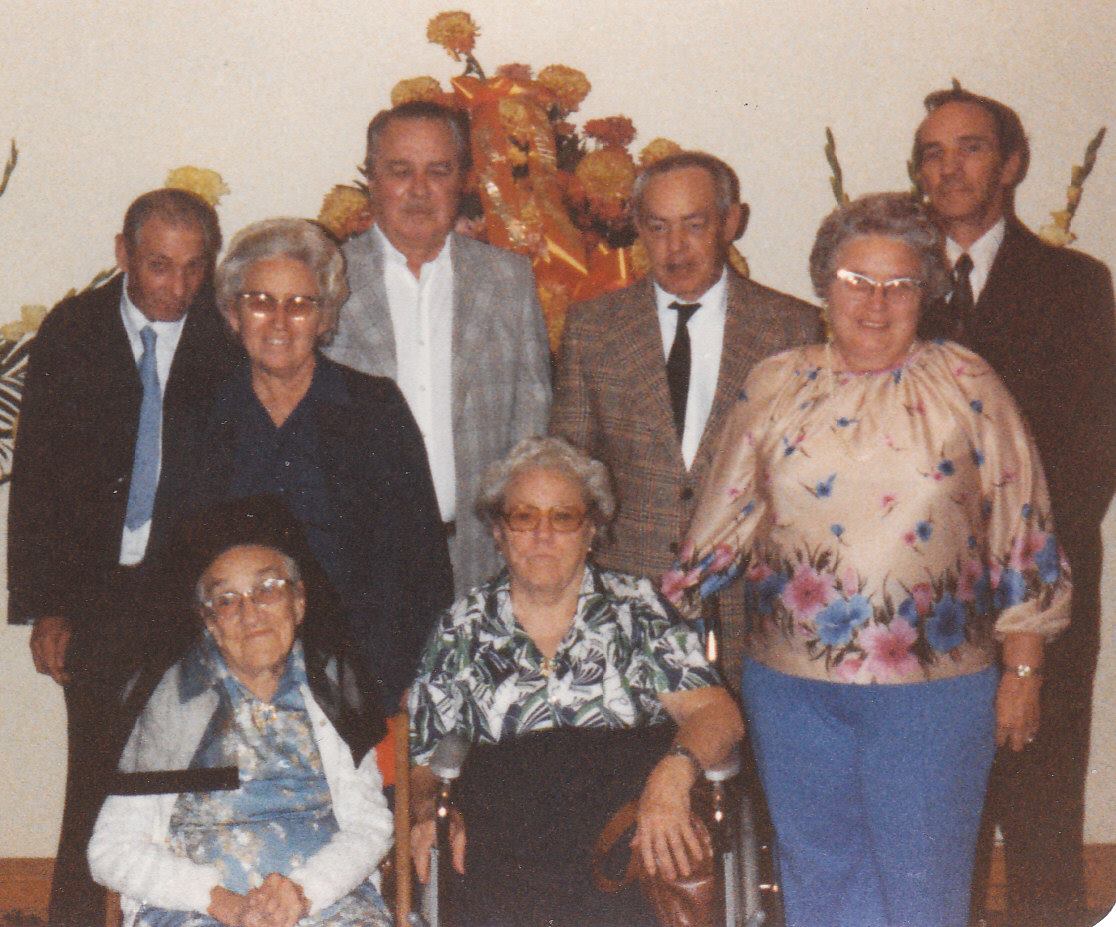 I also have a picture of Minnie and Jesse Sanders at their 50th Anniversary in 1962: 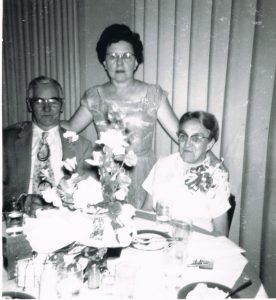 I had a dream about her, shortly after she died.  I saw her young again, with flowing long hair, and running somewhere.  Rest in peace dear grandmother. 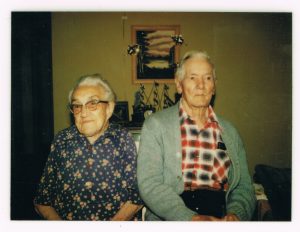 Her profile on WikiTree:  https://www.wikitree.com/wiki/Shawn-23